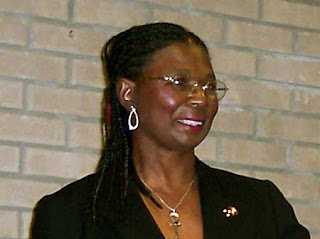 This week we’re stepping inside the workspace of writer Eleanora E. Tate. She is the author of eleven titles for young readers including the historical fiction novel Celeste’s Harlem Renaissance, the biography African American Musicians which covers some of the legendary black musicians who have shaped and developed America’s rich musical history, and the compilation of retold folktales Retold African Myths. She is also the author of the highly acclaimed South Carolina trilogy which includes The Secret of Gumbo Grove; Thank You, Dr. Martin Luther King, Jr.!; and A Blessing in Disguise. Her book Just an Overnight Guest was made into an award-winning film. She was named a 1999 Zora Neale Hurston Award winner (with Dr. John Hope Franklin), the highest award given by the National Association of Black Storytellers, Inc., of which she is a former national president. She is an instructor with the Institute of Children’s Literature in Connecticut and is also on the faculty of Hamline University’s MFA program for Writing for Children and Young Adults. Previously, she taught children’s literature at North Carolina Central University in Durham.

From her website, she says, “I write books and short stories so that everyone of every ethnic group can read about the proud history and culture of African Americans. I share what I have seen and experienced, and what other folks have told me, to create a good read.”

Her latest work, Celeste’s Harlem Renaissance, is set in 1921 during the Harlem Renaissance and features 13-year-old violin playing Celeste who dreams of becoming a doctor. When her father is diagnosed with tuberculosis, she is sent to live with her Aunt Valentina, an actress Celeste thinks of as fancy and living a lavish lifestyle. But when she arrives in Harlem, she discovers Aunt Valentina’s situation is anything but what she’d anticipated. Celeste’s Harlem Renaissance was an International Reading Association Teacher’s Choice award winner. Publishers Weekly  wrote “In Celeste, Tate has created a fully realized heroine, whose world expands profoundly as she’s exposed to both the cultural pinnacles and racial prejudices of her era.”

To learn more about Eleanora E. Tate you can visit her website where her dog Shaka Zulu also writes a column of his own. (Author photo credit: © 2007 by Zack  E. Hamlett)

For the last several months my writing space has been in transition. When I think back on my workspace over the past fifty plus years, I remember telling myself when I lived in Myrtle Beach, South Carolina, and Morehead City, North Carolina, during the 1980s and 1990s that I could write  even during a hurricane–and  have. I’d sit on the floor with a yellow legal pad or a notebook on my knees, squinting to see by hurricane lamp during one or another hurricane.

I began writing in my hometown of Canton, Missouri, on a tablet with brown paper. My first writing space was probably at home where I lived with my grandmother, older sister, and brother. The first story I remember writing came rather fearfully, when I was about nine years old, of a terrible nightmare I’d had. After writing it down and experiencing the power of the word–as well as my relief to have survived that nightmare–I realized that I knew I wanted to be a writer.

I wrote sitting or lying on my grandmother’s couch, at her kitchen table (which I have and use as a writing desk), and on her simple wooden front porch. Sometimes I wrote while sitting on top of her dog Randy’s doghouse in the back yard. 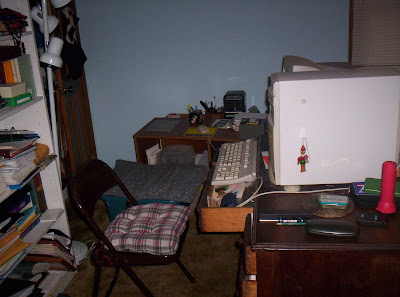 These days I write at my desktop in my very cluttered office upstairs in my home in Knightdale, North Carolina. When I rented my first apartment back in 1966, the first thing I did was to establish a corner and a wall for my office, my very old desk, and my even older huge black manual typewriter. When I married in 1972 and moved into a house in Des Moines, Iowa, I was able to have my first actual WRITING ROOM, with a door and a window. Hooray! 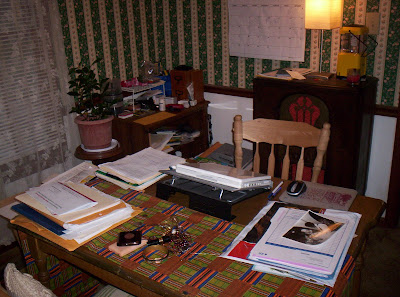 These days I also write downstairs in my dining room with my HP and Mac laptops on a hundred-year -old-plus kitchen table that my family ate on when I was a child in Canton. 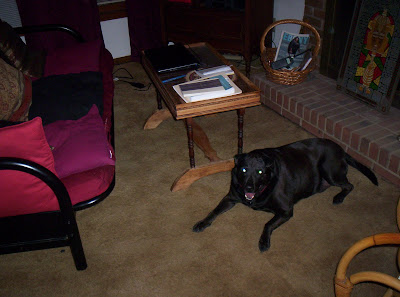 I also write in my living room in front of the fireplace and often with Shaka Zulu, my black lab (who now writes his own column on my website). I sometimes write on my wraparound front porch, or on my deck in the back of the house.

It depends. If I’m into a work–in-progress and deadlines loom, I write in four- or five-hour increments cuz I gotta get this thing done!!! So I’m up by 5 or 6 a.m., feed Shaka, work until around 10 or 11, stop to complete daily projects (eat, clean house, get manuscripts for the Institute of Children’s Literature into the mail), sleep (something to be said about siestas), handle any evening engagements, eat, sleep,  wake up, and work some more.

But because I believe in living, I’ll stop to go for a ride (meaning I hit the grocery store), pay bills, go to the movies (my book Just an Overnight Guest was made into a film years ago but I like to keep my hand in). I still cut my own grass, tend to my small, small garden in my big, big yard, and just breathe.

Drinking water is a must, and occasionally a glass of wine.  Shaka’s usually there, too, and extra fine pens, which help me to write faster.  While I wrote African American Musicians, The Minstrel’s Melody and, mostly recently Celeste’s Harlem Renaissance I kept chocolate cake nearby to help me stay creative and give me energy. I think I gained five pounds in the process, but boy did I need the energy! When I wrote Front Porch Stories at the One-Room School my writing food of choice was roasted peanuts, still in the shell! 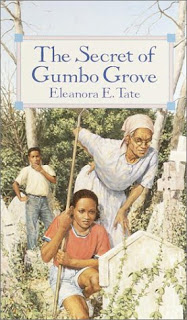 Do you have rituals in your work habits? If so, describe them. What do you listen to while you work?

When I wrote in pencil on tablets (in the early years) I required sharp #2 pencils. Then I went to flair-top pens, and my necessities now are Precise extra fine rolling ball pens.

I  ALWAYS play specific computer games for a good 15 minutes before I do any writing. On the Mac it’s Bonkheads and Spades. On the other laptop it’s Hearts or Free Cell.  I have to open the Venetian blinds and see the sun or at least some natural light. I like to water my orchid; my Norfolk Island pine, my African violet, and go outside (unless it’s REALLY early) to water my potted plants, breathe fresh air, and stand on the deck with Shaka. Then I’ll come in and work. Usually.

My faith–that I will produce. That I will tell the story as authentically as I can. And that I’ll get paid. 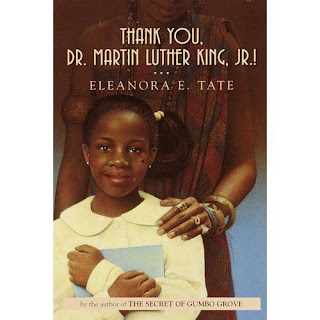 Do you write longhand, on a computer or another way?

I still begin by writing in pencil on paper at some point in the process. In past years when I next went to the typewriter I loved the clickety clackety tapping of the keys hitting the paper. The sound reminded me of the piano, which I used to play.  Now I write mostly on the computer, which for me isn’t as creative. Paper and pencil is so intimate, as the story flows from the characters to my brain, down my arms to my fingers to the page to the reader.

How do you develop your story ideas? Let the muse lead you or another technique?

The muse guides me, as long as she doesn’t lead me too astray. I begin with a nugget that summarizes my idea. Then I expand it to a page or two, based on that nugget. I can take each sentence in that summary and turn each one into a chapter. This becomes my outline. My outlines are not carved in stone. Outlines are merely plans or guides to help me stay on track. Some of my dreams become stories or portions of episodes in my stories or books. I’ve recently begun keeping a dream journal, because the dreams that I remember are usually vivid. 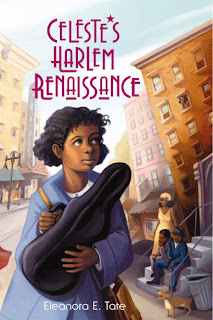 If you were forced to share your workspace, but could choose, who would it be?

For many years my workspace was shared with my late husband, Zack Earl Hamlett, III, a brilliant photographer. He passed away in 2009.

If I were to share writing space with anyone else, it would be Sojourner Truth, my heroine.

In a way, however, I’m sharing my workspace with Shaka, who, as I said, writes his own column for my website. Since his claws make typing or holding writing instruments not possible, he howls, barks, growls, whimpers and makes his column known to me, and I faithfully translate it, type it on my computer, and  get it into cyberspace!

Many proverbs, sayings and Biblical passages keep me going these days. First I give all due to my grandmother, who loved to tell me stories. She told me, “A hard head makes a soft behind,” although she didn’t use the word “behind.” I’ve been careful where I put my behind ever since.

I look to the simple words, “She tried.”

My late editor Jean Vestal at Franklin Watts, Inc. who personally edited my best books The Secret of Gumbo Grove and Thank You, Dr. Martin Luther King, Jr.! told me while editing Gumbo Grove, “Eleanora, you can’t write the whole history of African Americans in one book. You’re telling the story of one little girl.” I’ll always remember that and always thank her for her guidance. 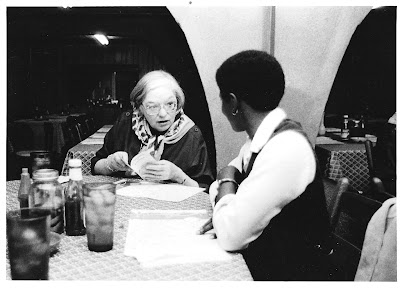 And finally I look to Isaiah 40, verse 30: “But they that wait upon the Lord shall renew their strength; they shall mount up with wings as eagles; they shall run, and not be weary; and they shall walk, and not faint.”

4 Responses to “A Peek at the Creative Space of Eleanora E. Tate”