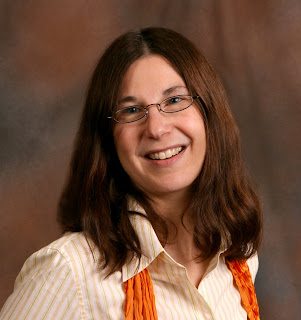 Guess what everyone? Today we have another book giveaway! Today’s Creative Spaces interviewee is author Lyn Miller-Lachmann, and this week marks the one-year anniversary of the publication of her young adult novel Gringolandia. To celebrate her anniversary, Lyn has graciously offered a signed book as a giveaway! If you’d like to be entered in the raffle to win a signed copy of Gringolandia, simply leave a comment (anytime this week through Friday) and I will randomly draw a name over the weekend for the winner.

I had hoped to have read Gringolandia by the time this interview posted, but alas I have not. I do have it checked out from the library, sitting right here on my desk tempting me, and will be starting it as soon as I’ve met my current reading commitments. I’ve heard nothing but positive feedback about this novel from those who have read it. It was chosen as a 2010 American Library Association Best Book for Young Adults, and this School Library Journal review was particularly enticing to me: “[An] impressive novel. . . Miller-Lachmann skillfully incorporates elements of family drama, teen romance, and political thriller into this story of a father and son reknitting themselves into each other’s lives. . . From the stark cover image of an empty pool used to torture victims to the intensely poignant essay that concludes the novel, this is a rare reading experience that both touches the heart and opens the mind.”

I think it’s the family drama/teen romance/political thriller description that grabbed me. (And the phrase “reknitting themselves into each other’s lives” but that’s more about appreciating the reviewer’s writing style than anything else.) Here’s the book description from the inside cover:

Daniel Aguilar’s papa, Marcelo, used to play soccer, dance the cueca, and drive his kids to school in a beat-up green taxi—all while publishing an underground newspaper that exposed Chile’s military regime.

After Marcelo’s arrest in 1980, Daniel’s family fled to Wisconsin. Six years later Daniel has a new life far from politics.  A junior in high school, he plays lead guitar for a rock band and dates Courtney, a minister’s daughter.

When his father is released and rejoins the family, Daniel sees what prison and torture in a brutal police state have done. Marcelo is partially paralyzed, haunted by nightmares, and bitter about exile in “Gringolandia.” Daniel worries that Courtney’s scheme to start a human rights newspaper could bring back papa’s past and drive him further into alcohol abuse and self-destruction. Daniel dreams of a real father-son relationship, but he may have to give up everything simply to save his papa’s life.

In addition to Gringolandia, Lyn is also the author of the eco-thriller Dirt Cheap and the editor of Once Upon a Cuento. Since 1994, she’s edited the award-winning journal MultiCultural Review, which reviews books and non-print media and publishes articles on aspects of diversity in North America and throughout the world. The summer 2010 issue will be her last as editor as she was recently accepted into the Vermont College of Fine Arts MFA program in Writing for Children and Young Adults. In her spare time, she is the assistant host of  “Vientos del Pueblo,” a bilingual radio program on WRPI-FM, featuring Latin American and Spanish music, poetry, and history. To learn more about Lyn, visit her website.

And now let’s take a peek at Lyn’s workspace and learn a little bit about her writing process. . . 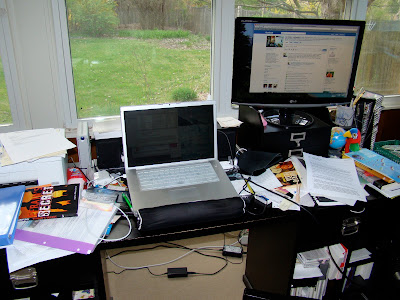 When I moved from the suburbs into the city of Albany five years ago, I winterized a “three season” porch (meaning “three month” porch in these parts). The porch was 20’ by 12’, which gave me much more space for writing and editing MultiCultural Review. The magazine takes up a lot of space, with up to 100 new books arriving each week, and I have to squeeze my writing in—in terms of both time and space. 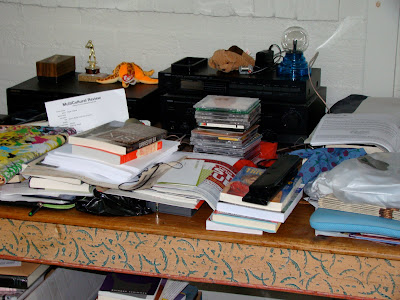 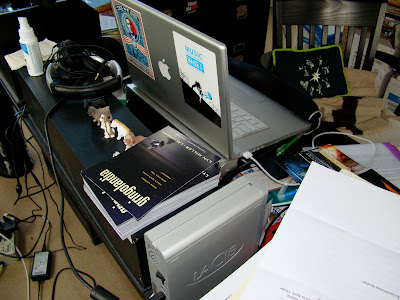 I like to get my work for MultiCultural Review out of the way first, so in the morning I answer email and prepare the upcoming issue. Around 12:30, I walk the dog around the pond at the end of our street. Upon returning, I finish my work for the magazine, and then I can start on my writing. In addition to my work-in-progress, I’ve been busy publicizing Gringolandia and writing for various blogs, including my own and the website of our daily newspaper, the Times-Union. My best fiction writing occurs late at night, as I am most inspired when everyone else goes to bed. 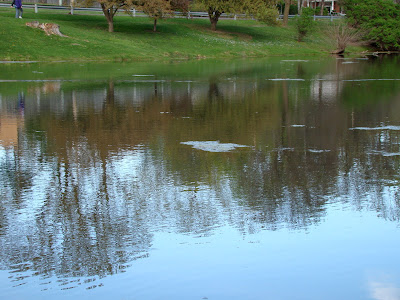 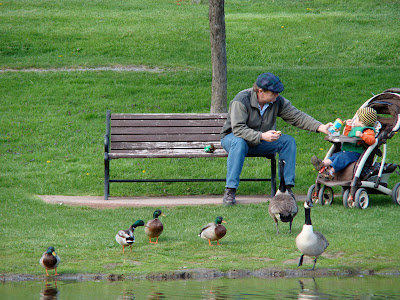 List three of your most favorite things in your work space and why they are meaningful.

My view of the backyard: The porch has windows on all sides, and even though the back yard isn’t huge—I live in a city—a lot goes on there. Because the neighborhood is in a wetland next to a pond and a city park, we get all kinds of birds, even in the winter. I see quite a few animals too—squirrels, chipmunks, rabbits, and stray cats. There’s always some drama going on with the animals back there. 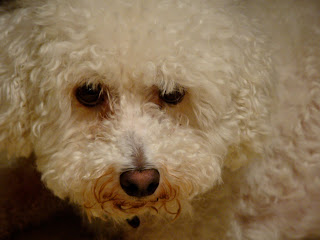 My dog: Charlie is a five-year-old Bichon Frise that went from being my daughter’s dog to being mine (as most dogs end up becoming the mother’s dog). He’s a happy little guy who listens without judging me and keeps me from sitting at the computer for too long.

My stereo: Music is important to my writing, as it helps me set the mood. And when I’m working on some repetitive task, like entering new books for MultiCultural Review into the database, fast songs make me work faster.

I always check my e-mail as soon as I go downstairs to my office. I always walk the dog on a strict schedule. And even though I work at home, I never work in my pajamas. 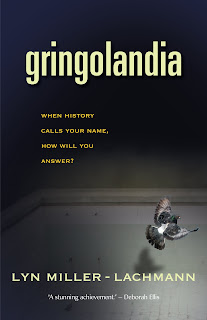 Whatever music matches the mood of the scene I’m writing. I have very broad tastes, and my interests span the world as well as multiple genres. When I was writing the companion to Gringolandia, though, I listened to a lot of Metallica, because the two main characters bonded over their love of Metallica.

The story in my head. I don’t have trouble staying focused when I’m writing, especially if the writing is going well or when I’m revising. I find revising to be much easier than writing the first draft, because I already have the characters and story established in my imagination, and it’s just a matter of moving them around or narrating the story in different words.

My daughter, because she’s as private as I am and thus won’t interrupt me to talk. She’s so unobtrusive that I rarely know she’s there, and she’s very neat, too. But she may not want to share with me, because I tend to be messy.

Revision is the key to success, because there aren’t a lot of second chances in this business if you send out a manuscript before it’s ready. Too often, writers are unwilling to change whatever they wrote in the first draft because “that’s the way it happened” or “that’s what the story is.” Or they simply can’t see what’s wrong with what they wrote. Because I couldn’t see the flaws in the “wonderful” first draft of my adult novel, Dirt Cheap, I sent it to dozens of agents and publishers and thus closed off a lot of options when I finally did get a clue. Tired of the endless rejections, I enrolled in a writing workshop and learned how to revise from a manuscript tutor. In addition, the editorial director at Curbstone Press, who had initially rejected Dirt Cheap, agreed to see a rewrite after I edited a short story collection for him that brought me into contact with a number of more experienced writers, a couple of whom also helped me with the revision process.