Ron Koertge is the author of numerous award-winning young adult novels including Stoner & Spaz, Strays, Shakespeare Bats Cleanup, Shakespeare Makes the Playoffs, and Margaux with an X. He was a professor of English/Creative Writing at Pasadena College for 36 years and now teaches with the Hamline University MFA in Writing for Children and Young Adults program. He is also a well-published poet who has been included twice in Best American Poetry.
Among his many accolades, he won the PEN Center Award in 2003 for Stoner & Spaz, the humorous, brilliant story of a teen with cerebral palsy who has built walls around himself that get broken down through an unlikely friendship with the girlfriend of the school’s drug dealer. I found out via this great interview on author Janet Fox’s blog that the sequel to Stoner & Spaz will be published in 2011. Ron Koertge was again awarded the PEN in 2008 for his novel Strays. 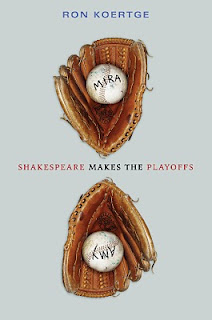 His most recent book is Shakespeare Makes the Playoffs, a verse-novel sequel to Shakespeare Bats Cleanup. About Shakespeare Makes the Playoffs Booklist wrote, “The well-crafted poetry is firmly rooted in the experiences of regular teens and addresses subjects that range from breakups to baseball. Koertge works in some unobtrusive poetry instruction, and poems like Amy’s funny Transylvanian limericks and Kevin’s poignant reflections on “moving on” will inspire teens to try writing their own. Appealing and accessible, this sequel provides rewards on many levels.”
A fun Halloween connection for today’s Creative Spaces: Ron Koertge and his wife live in the house used in the original Halloween movie, as you’ll see below. You can read more about Ron Koertge here, and he also blogs with fellow Hamline MFA faculty at The Storyteller’s Inkpot.
And now let’s step inside his creative space and learn a bit about how he spends his writing time. . . 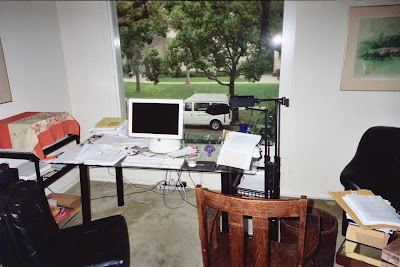 My workspace is the second story of a big, old house in South Pasadena, CA.  Upstairs there’s the main room (a living room in another incarnation), two bedrooms, kitchen, and bath.  Lots of room to roam around.  Lots of places for Buddy to sleep, though he likes to be close enough to see/hear me. 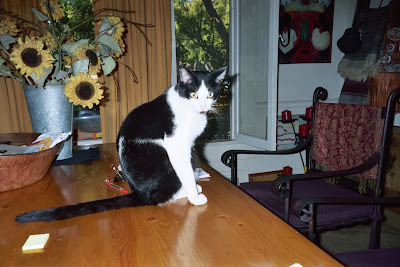 This is Buddy the Poetry Cat.  He’s called that because he’s in my studio with me every morning, and I write seven mornings a week.  Also Buddy the Poetry Cat is a cooler name than Buddy the Prose Cat. I tend to read everything that I write out loud.  Buddy sleeps through it all.  But once in a while he’ll wake up in the middle of a reading and walk out of the room. It’s never a good sign, so I take a closer look at the poem or page of prose. 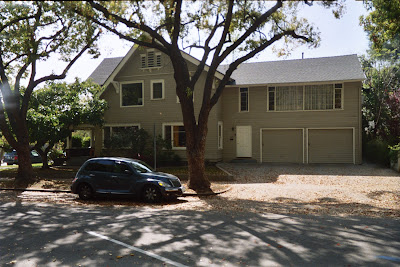 This is Halloween House.  It was used in the early minutes of the original Halloween movie. The John Carpenter one.  The big square window, upper left, belongs to the studio.  I look out it every day.  The white door by the garage is the one Jamie Lee Curtis came out of carrying a pumpkin.

We get at least a hundred visitors a year.  Avid fans of the movie.  They’re always very nice.  They take pictures, use the (plastic) pumpkins my wife keeps on the porch, then move on to other Halloween sites here in South Pasadena. 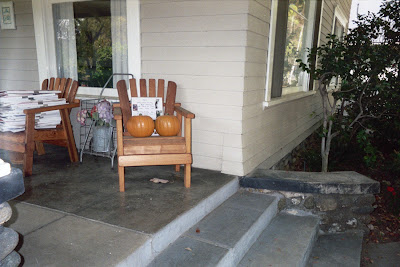 My wife and I get up about 5:00 a.m. and walk 3-4 miles together.  We walk fast! Early in the morning is when when we see each other and aren’t tired. I write every morning, every day.  I probably miss 20 or 30 days when I’m traveling, but otherwise I go to work when Bianca leaves for school. 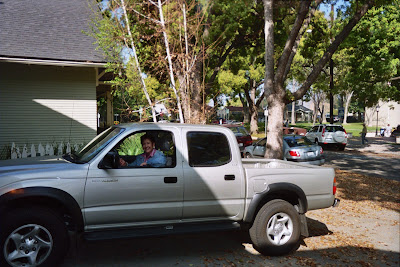 This is my wife Bianca in her beloved truck.  She thinks she’s a tough little cookie, and sometimes she is.  She’s also an avid recycler and uses the truck to take paper and plastic to the recycling center at Cal Tech, which is just a few miles from here. 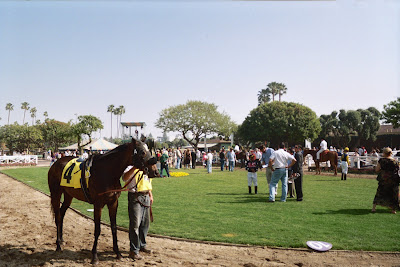 This is the paddock at Santa Anita Race Tack in Arcadia, California, just twenty minutes from my house.  I love to bet on horse races.   know a lot about thoroughbreds and some friends and I owned a race horse for awhile.  I know some jockeys and trainers. A buddy of mine and I go to a new track or tracks every summer.  We’ve been to Kentucky, Canada, Florida, and half a dozen other states.

A perfect day for me is to write well in the morning, go to the track (or to the movies) in the afternoon, win some money, then come home and have a drink with my wife.  She’s a counselor at Pasadena City College so she has what’s called a real job. 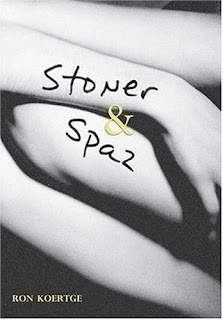 I don’t have that many meaningful things. Things are just things to me. I like my iMac, my chair and couch are comfortable.  But I could write anywhere if I was well and I knew somebody loved me.

Writing rituals?  I have a lot of poetry magazines and books of poetry around.  I write and publish poems for an alleged adult audience but there’s no poem of mine a kid couldn’t read and understand. So I read a poem or two out loud.  Always somebody else’s.  Walk around the studio.  Drink water.  Look out the window.  If I’m writing fiction, I’m usually ready to go.  I think of books as a series of scenes. So I’ve thought about any morning’s scene the night before. I also don’t eat or drink anything but water in the a.m.  Food just makes me sleepy.  Coffee makes me jumpy.  Sounds very monk-like I know, but my thoughts are probably not monk’s thoughts. Though you never know.

When I’m working I’m just in another world.  A place my wife calls Wordville.  Keeping focused sounds like work to me.  I don’t do that.  I just go where the words are.  I can come and go at will, too. 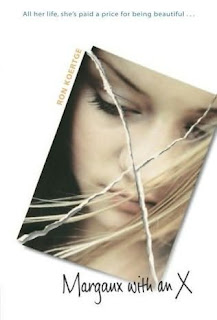 I write in longhand first and then type the story or poem into a computer.  I like bold gel pens but any kind of paper is fine.  I like to be easy-going about paraphernalia.  Any pen will do, really.  And any piece of paper.  Stories want to be written; they don’t have to be summoned.  All I have to be is available.

I’m the let-the-muse-lead-me type.  If I knew ahead of time what would happen in every scene and how the book would end, I’d be bored.  I don’t mind making mistakes along the way.  It’s when the book is done that I see what it’s about and how it wanted to use me. 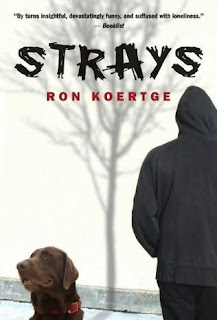 Probably Pamela Anderson is busy, so I’d like to hang out with Emily Dickinson.  She lived such a wonderfully strange life.  Also, she’s small and quiet so she wouldn’t get in my way but late in the day with a gin-and-tonic in her I’ll bet she’d be fun to talk to.

What is the best piece of writing advice you’ve heard or received?
The best piece of advice I ever got (and that I give to my MFA students at Hamline University) is this:  Shut up and write.  I think there’s way too much talking about  writing.  I know I’ve had student/friends who’ve screwed up  a good idea for a story by blathering on about it.