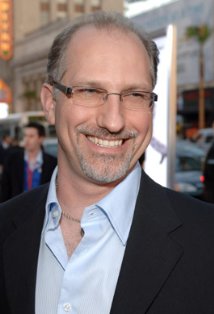 Joining us today is Don Calame, the author of the YA novels Swim the Fly and Beat the Band. Don Calame’s writing has been praised as laugh-out-loud funny and “the sort of book that could tweak many boys to the fun of reading.” (Quill & Quire)

Swim the Fly is the story of three 15-year-old boys determined to achieve their summertime goal of seeing an actual naked girl. Publisher’s Weekly gave it a starred review saying, “The boys’ pursuits make for a hilarious, if raunchy, what-I-did-last-summer narrative, supported by a cast of memorable adults. . . . This one will spread like athlete’s foot in a locker room.” 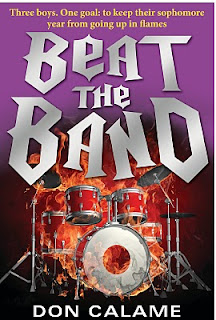 His most recent title, Beat the Band, was published in fall 2010 and is a sequel to Swim the Fly. From the publisher, “Cooper Redman has one thing on his mind: tagging as many bases as possible by the end of sophomore year. He’s already picked out a prime target: the divine Prudence Nash, whose sexy serpent tattoo haunts his dreams. But when Coop is paired with the infamous “Hot Dog” Helen for a semester-long Health project on safe sex, his hopes of making it to the Majors are suddenly DOA. It’s going to take something totally epic to resuscitate his reputation. Something like winning The Battle of the Bands with his best buds Matt and Sean. There’s just one problem: they suck.” 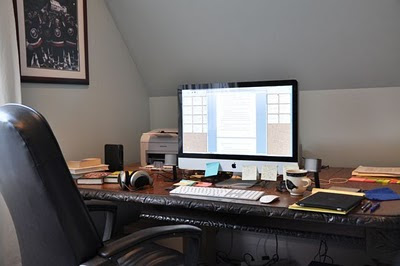 My office is one of the spare bedrooms in our home. Depending on the day you catch me, my workspace can be either neat and tidy or a mess of papers, Post-Its, and pens. Mostly the latter (I’ll admit that I neatened up a bit before taking the picture).

I work on an iMac (I switched over from a PC six years ago and have never looked back!) that’s centered on a large wooden repurposed dining room table. I like to have a large space to spread out on. To lay my notes and reference books out. Unfortunately, the more space I have the more I tend to spread out.

I try to work every day for at least 4-5 hours when I am involved with a project.

A typical workday for me will consist of trying to get to my desk by 11:00 (though, I hate to admit it, many times it’s later) after breakfast, and dog walking, and a bit of exercise.

As I said, I tend to work four or five hours a day trying to eek out around three pages of prose. I have a real hard time concentrating for much longer than that.

I am a terrible procrastinator and for whatever reason (call it mild ADD or “the kitten and the string” syndrome) it’s mentally tiring for me to stay focused on one thing for long stretches of time. After a certain amount of hours at the computer I go bleary eyed and can’t think anymore.

My computer, my headphones, my cup of tea (and a fourth would be my signed photo of the Stanley Cup winning New York Islanders).

Because I write YA, most of the time I listen to music I remember listening to as a teenager (to get me in the mood to write as a teenager and remind me of that time in my life). I usually put together a playlist of one particular artist (The Police, Chicago, Toto, Genesis–I guess that pretty much dates me!) and then just loop it over and over again until it becomes just background noise.

Occasionally, though, if my brain is in a particularly distractible mood, I have to write in silence. 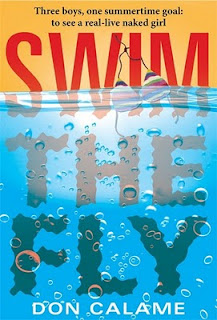 Used to be I’d drink a ton of coffee but now it’s mostly tea. Yerbe Mate or Green. I try not to eat while I write as I tend to have to finish everything in front of me before I get to work which can lead to a lot of calories and excess weight.

I always write my manuscripts on a computer. It allows me the freedom to write whatever I want because I know I can always delete, delete, delete.

But I usually outline in longhand. Don’t ask me why. I hate outlining on the computer. It seems too sterile and contrived. I know, it doesn’t make sense, but not much of the creative process makes sense to me.

The strange thing is I can’t outline too much because I like to allow the story to be organic as I write it. Allowing for the unexpected. But I do need to know which direction I am heading.

I do post-outline on a corkboard program as I go, meaning I keep track of the scenes I’ve already written on virtual index cards that I can move around later.

I like to start with a really interesting “What if?” situation. One that will cause my main character a lot of heartache and misery. Then I’ll try and brainstorm fun and embarrassing situations that might come as a result of the “What if?” 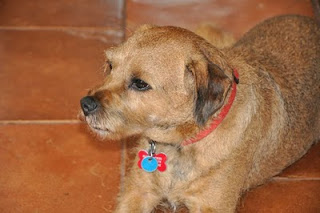 I’d share it with my wife, who is also a writer, though I don’t think she would like to share it with me because I make a lot of noise when I write. Writing has become a real physical act for me. Wiggling my legs, sucking on candies, slurping my tea, drumming my fingers on the keyboard, listening to loud music in my headphones.

My wife likes dead silence when she writes.

So, on second thought, maybe I’d share it with my dog, Scooter. He doesn’t mind the noise and distractions.

This is from Richard Russo (one of my all time favorite writers) talking about the writing process:

“You just kind of have faith. If that sounds kind of mystical, it’s because I really don’t know how it works, but I trust that it does. I try to write the way I read, in order to find out what happens.”