I’ve routinely featured authors and illustrators for Creative Spaces, but today I thought it would be fun to shake things up a bit. Please join me in welcoming children’s book editor Cheryl Klein!

Cheryl Klein is Senior Editor at Arthur A. Levine Books (an imprint of Scholastic) and has recently self-published a collection of her talks and essays titled Second Sight: An Editor’s Talks on Writing, Revising, and Publishing Books for Children and Young Adults. (Click that link to learn more about the book and how to order a copy for yourself.)

In her editorial career, Cheryl has worked on a range of titles and with a variety of authors and illustrators including Katherine Paterson, Lisa Yee, Dan Santat, Kate Constable, Olugbemisola Rhuday-Perkovich, Mary Newell DePalma, and Senator Ted Kennedy. She served as the continuity editor for the American edition of Harry Potter and the Half-Blood Prince and Harry Potter and the Deathly Hallows. (You can hear an interesting NPR interview where she discusses this work here.) 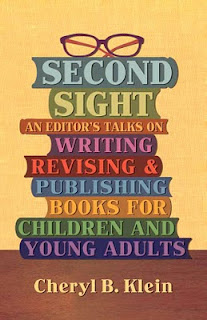 The first domestic book she acquired and edited entirely on her own was A Curse Dark as Gold by Elizabeth C. Bunce, which went on to win the ALA’s inaugural William C. Morris Award for YA Debut Novel. This historical fantasy, inspired by “Rumplestiltskin”, tells the story of Charlotte Miller who inherits her family’s woolen mill and the curse that comes with it.

Another of Cheryl’s titles is Marcelo in the Real World by Francisco X. Stork, which made quite a splash when it was published. It received five starred reviews and was a popular pick (and subsequent upset) to win the Printz that season. Readers fell in love with Marcelo, who has an Asperger’s-like syndrome, as he is forced to spend his summer working at his father’s law firm rather than at the familiar and comfortable stables caring for Halflinger ponies. In stepping out of his comfort zone he discovers first love, moral dilemmas, and a legal drama.

One of the most recent titles that Cheryl has worked on is steadily gaining praise and positive buzz. Words in the Dust by Trent Reedy was published in January of this year and has been profiled in USA Today and L.A. Times, among other places. Trent Reedy served a year in Afghanistan which is where he met Zulaikha, the young girl who inspired the story that became Words in the Dust. Kirkus Reviews wrote, “An inside look at an ordinary Afghanistan family trying to survive in extraordinary times, it is both heart-wrenching and timely.” (Trent recently shared a great essay on writing this first book on Emu’s Debuts.)

In addition to Second Sight: An Editor’s Talks on Writing, Revising, and Publishing Books for Children and Young Adults, Cheryl Klein also shares advice, behind-the-publication stories, editorly contemplations, and more on both her website and blog. Definitely worth checking out if you are a writer of any genre.

And now let’s take a peek at Cheryl’s creative space. . . 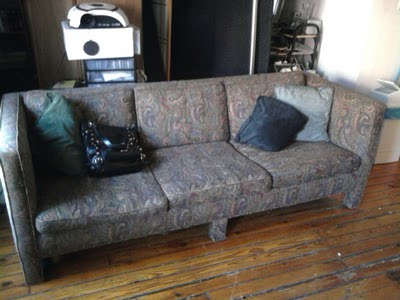 I do all my creative work at home, nearly always on the couches in either the bedroom or the living room. In the summer, I prefer the bedroom, as I can open up the three big windows and let light and the breeze in; in winter, I prefer the living room, as those three big bedroom windows let cold air in as well! (I live in an apartment in a prewar brownstone without central heating or air-conditioning, so temperature regulation is very important.) 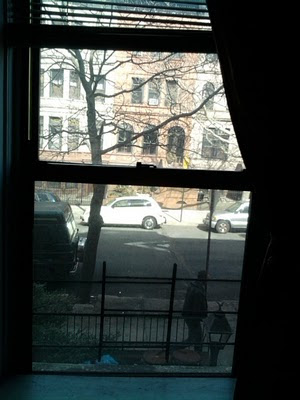 Since I have a pretty time-consuming day job, my personal writing tends to be done early in the morning, late at night, or on the weekends. Thus there’s not really a typical workday — it’s just whenever I snatch time away from my work deadlines.

I love our living-room couch. My boyfriend saw it on the street here in Brooklyn a couple years ago, about 8 p.m. on a Sunday night, and he called me to come inspect it. I walked up to the corner where it had been left, fell instantly in love with all its paisley goodness, and then, in order to stake our claim to it, sat on it. I stayed there for about an hour waiting for my boyfriend to come back, then another half-hour while we tried in vain to find a van or moving company that could help us take it the ten blocks to our apartment. Finally we saw a moving truck stop at a nearby intersection, and I just ran up and knocked on the window and asked the guy if he was available. The driver was a kind older gentleman from Long Island who had just moved his son into an apartment in Brooklyn, and he not only helped us get the couch home, the only payment he took was directions to the Brooklyn-Queens Expressway! We had the couch professionally cleaned, and it’s so long and comfortable and shabby-charming, it’s by far the most-used piece of furniture in our apartment. (There’s another short tribute to it in Second Sight.)

After that, my favorite workspace items include a mug that says “Caution: Blonde Thinking,” and, in the winter, a gigantic plaid wool shawl that my grandfather brought home from Scotland — perfect for letting only my head and hands peek outside. 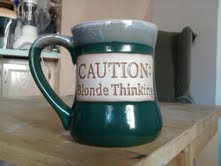 Because I’m a pretty aural writer and editor, I require as much silence as I can get. Even wordless music distracts me, and music with words — impossible! 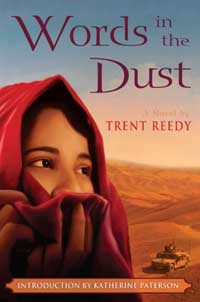 In the summer, sparkling water; in the winter, endless cups of tea with milk (especially Twinings Lady Grey and decaf Constant Comment).

When I’m writing or revising something I’m really interested in, focus is pretty natural (once I get started! And making myself get started can be a bear). If I feel myself being tempted by the Internet, I turn on Mac Freedom.

I freewrite longhand, write drafts on a computer, print those out to reread and edit on paper, then revise on the computer again. 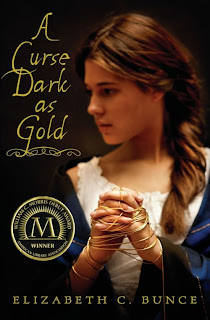 How do you develop your ideas? Do you use an outline, let the muse lead you, or another technique?

I’ll generally know enough of what I want to talk about to generate a bunch of thoughts on the subject — which I do in freewriting — but those thoughts won’t coalesce into a real speech until I find the metaphor or narrative or big idea that will structure the talk. It’s sometimes been a quote, sometimes a comparison, sometimes a frame story from my own life as a reader, sometimes just a plain list. (And sometimes, when I’m lucky, that metaphor/narrative/big idea comes first, and then the smaller ideas generate themselves.) Once I have a lot of material, I’ll often outline the key points to get an overview of it all, then rearrange and cut and add and revise until all the elements of the metaphor/narrative/big idea flow naturally from one to another, each one getting their due. Then I pray for some last idea to provide the perfect ending (or, failing that, I use an ending I’ve written before); create an introduction that previews the whole rest of the speech, so listeners know where I’m going and feel comfortable even when I digress; and revise the whole thing one last time. 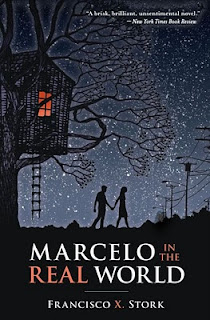 My boyfriend is a freelance video editor, and his editing desk is just behind the living-room couch, so we often find ourselves working in the same space. Our working styles are very compatible — long periods of absorption followed by short bursts of energy where we need to talk to someone else — so it generally goes great. And he’s used to wearing headphones, so he isn’t bothered by my need for silence.

If you could offer writers one piece of advice, what would that be?

There is no one magic bullet for writing success — not even my book! 🙂 If I can sound pretentious for a moment:  In one of my favorite poems, T. S. Eliot defines our human work in the world as “prayer, observance, discipline, thought, and action,” and I think all those skills are really necessary for a writer:  being present, observing the world and other people in order to describe them better in fiction, butt-in-chair time, honest assessment of your work and its aims (and assessing others’ work in your reading; reading thoughtfully and responsively is a great skill for improving your writing), and finally the action of writing and revising and trying always to make your work better, to tell the story more truly. The more you can improve each of those skills, the more full and satisfying your work will become.