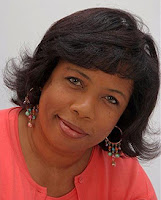 Joining us this week for Creative Spaces is author Crystal Allen. Crystal Allen’s debut middle grade novel, How Lamar’s Bad Prank Won a Bubba-Sized Trophy, was published in February 2011 with Balzer & Bray, an imprint of Harper Collins. From the publisher:

“Thirteen-year-old Lamar Washington is the maddest, baddest most spectacular bowler ever at Striker’s Bowling Paradise. But when it comes to girls, he doesn’t have game—not like his older brother Xavier the Basketball Savior. And certainly not like his best friend “Spanish fly guy” Sergio. So Lamar vows to spend the summer changing his image from dud to stud by finding a way to make money and snag a super fine Honey! When a crafty teenage thug invites Lamar to use his bowling skills to hustle, he seizes the opportunity. As his judgment blurs, Lamar makes an irreversible error, damaging every relationship in his life. Now, he must figure out how to mend those broken ties, no matter what it will cost him.”

How Lamar’s Bad Prank Won a Bubba-Sized Trophy has been receiving a lot of good buzz, including a starred review from Publisher’s Weekly  who said,

“Cocky, sharp-tongued, and a known prankster, 13-year-old Lamar Washington is a protagonist readers won’t soon forget . . . . Under all the braggadocio is a boy with a big heart, and from the first sentence Lamar will have readers hooked.”

To learn more about Crystal Allen, visit her website. 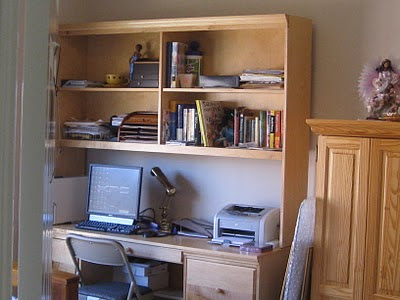 My workspace is upstairs in a room designated as my office. It’s bright with lots of sunshine beaming through the window. Also, if I lift the window, I can hear the fountain spraying water in the lake. It’s the only sound I can tolerate while I write, but it’s very soothing and calming. 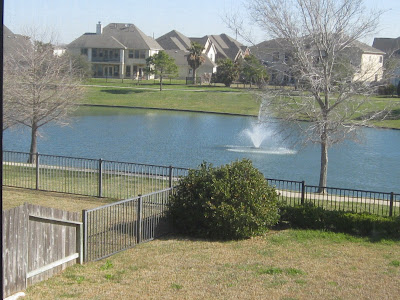 I do my best to squeeze in several hours of writing per day, hopefully between four and six. Those hours may be spread throughout the day, depending on the other things I need to do.

I love my desk because my husband had it made for me. I also love the window that gives me a beautiful view every day. I also love my futon because some days I just want to sit on the couch and read, but other days, after writing, I need a nap! 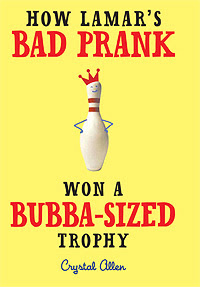 I like it quiet when I write. (Except for that awesome fountain in the lake that I can hear outside of my window!)

I love to eat salty things when I write. And I love cold water. Many times I’ll buy mixed raw vegetables with the little container of ranch dressing and I’ll chew on those while I think about a scene.

My character in the particular scene I’m working on actually keeps me focused. I want to make sure I’m getting it right, so I really try to zone in on what they would say, do, or feel.

Computer all the way. I love the backspace button too much! But, I do have a purse full of those hotel tablets and pens they leave on the desks in hotel rooms, just in case I’m somewhere and can’t use my computer. And for those of you wondering, yes, I take the lotion and the shower caps from the room, too.

I’m a very character-driven writer. So, once I’m familiar with my main character, I let him/her do most of the development.

Write what you know.