If you would like to recommend books for teenagers that you think the average person would consider not too violent, dark, or edgy, please email me with your suggestions and links to reviews if you have them. (Or quotes about the books if you have thoughts you’d like to share.)

If you’ve reviewed one of the books mentioned in the archives and would like your review listed as well, please email me with the link.

Thank you to everyone who contributed this week. Once again, we have an excellent and varied assortment. (A lot of series in this roundup–18 entries but they represent over 40 titles.) Now on to the books!

As Easy As Falling Off the Face of the Earth by Lynne Rae Perkins. Recommended by Debra Bogart (Youth Services Collection Development Coordinator for the Eugene Library.)
“Fifteen-year-old Ry discovers his own resiliency and resourcefulness when he finds himself stranded and alone, with no cell phone coverage and hardly any money. A good Samaritan named Del becomes Ry’s inspiration. Del is described as someone who dances to the beat of his own inner harmonica, and from him Ry learns the satisfaction of a noble act and the meaning of the word ‘impossible’. Adventure, resilience, and romance. . .”

Blood and Flowers by Penny Blubaugh, recommended by Jeannie Mobley of Emu’s Debuts. “From critically acclaimed author Penny Blubaugh comes this mesmerizing tale of family, faeries, and finding a place to call home.”

Crosswire by Dotti Enderle, recommended by Jeannie Mobley of Emu’s Debuts. “With his family in turmoil and fence-cutters destroying his farm, thirteen-year-old Jesse faces more than the stifling drought of 1883. Dwindling water supplies have driven desperate cattlemen to snip fences in order to water their herds—targeting Jesse’s farm several times. When a lone drifter arrives in town, he’s quickly hired to work the farm. It should be a relief to have the extra help, but Jesse suspects the man is more than just a hired hand and is determined to uncover his mysterious secret.” 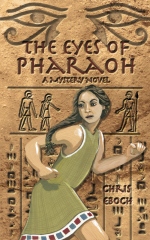 Eyes of the Pharoah by Chris Eboch, recommended by Elizabeth Varadan. “. . . set in ancient Egypt during the reign of Ramses the Third.  This is a fast-paced adventure, with historical details that plunge you into the era, engaging characters that feel realistic, and tension that never lets up.” 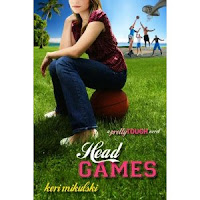 Head Games by Keri Milkulski, reviewed by Ms. Yingling. “Loved the tight knit teammates on the girls’ basketball team. I will have to buy this series because I know a lot of girls who will like it. The social interactions also ring true.“

Love is the Higher Law by David Levithan, recommended by Debra Bogart (Youth Services Collection Development Coordinator for the Eugene Library). “Three teens meet in NYC on 9/11, the day everything changed and love became more illuminated than ever.”

Marcelo in the Real World by Francisco Stork. (My recommendation.) A beautifully written, page-turner of a book. I’d describe this as a cross between The Curious Incident of the Dog in the Night-Time, Life of Pi, and a legal thriller.

Milagros, Girl from Away by Meg Medina, recommended by Elizabeth Varadan. “Milagros means “miracle” in Spanish, and this is a story where the protagonist must make her own miracles.”

OyMg by Amy Fellner Dominy, recommended by Emily of Red House Books. “Jewish girl. Christian camp. Holy moly. Ellie Taylor loves nothing better than a good argument. So when she gets accepted to the Christian Society Speech and Performing Arts summer camp, she’s sure that if she wins the final tournament, it’ll be her ticket to a scholarship to the best speech school in the country.” 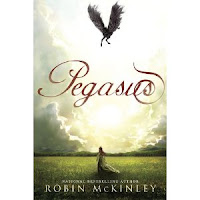 Pegasus by Robin McKinley, recommended by Debra Bogart (Youth Services Collection Development Coordinator for the Eugene Library). “Because of a thousand-year-old alliance between humans and pegasi, Princess Sylvi is ceremonially bound to Ebon, her own pegasus, on her twelfth birthday, but the closeness of their bond becomes a threat to the status quo and possibly to the safety of their two nations.” 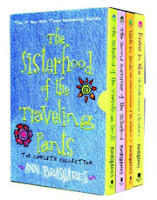 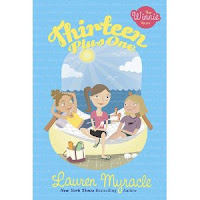 4 Responses to “Roundup #2! (The Light and Round Project)”