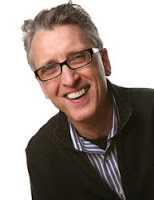 Joining us today for Creative Spaces is author and illustrator Tom Lichtenheld. Tom has fifteen books and counting to his credit, including the New York Times bestsellers Goodnight, Goodnight Construction Site (written by Sherri Duskey Rinker), Shark vs. Train (written by Chris Barton), and Duck! Rabbit! (created in collaboration with Amy Krouse Rosenthal).

His latest picture book is titled E-mergency! and was created in collaboration with Ezra Fields-Meyer. E-mergency! has a fascinating backstory behind its creation. I’ll let Tom fill you in:

“Tom Fields-Meyer, a freelance journalist, decided to write a memoir about raising his son Ezra, who has high-functioning autism. As part of his research, Tom read other memoirs, among them Amy Krouse Rosenthal’s Encylopedia of an Ordinary Life. Tom contacted Amy for advice and mentioned in passing that Ezra had an idea for a children’s book about animals. Amy mentioned it to me and also told me Ezra had done a video on YouTube called ‘Alphabet House’.

I viewed the video and was immediately intrigued by the idea of a letter being injured, wondering what would happen as a result. Of course, everyone knows a person can’t work when they’re in the hospital, so I figured the same would be true of a letter; it would have to be taken out of commission while recovering and temporarily replaced by a substitute letter. Chaos and hilarity would certainly ensue, especially if the injured letter was ‘E’, the most frequently used letter in the English language. 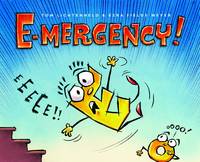 I contacted Tom and asked if Ezra would be interested in seeing what I could do to extend the story into a book, and he was very excited by the prospect. From there, I wrote a first draft, sketched out the first half of the book, and put together a proposal for Victoria Rock, my editor at Chronicle Books. Victoria loved the idea, so we were off and running.

As much as I’m thrilled with the book we created together, meeting and learning about Ezra made the process of creating it a uniquely joyful, educational, and inspiring experience.”

If you’d like to learn more about Ezra, the Wall Street Journal ran this article written by his father or you can visit Tom Field-Meyer’s website www.followingezra.com.

Tom Lichtenheld was also generous enough to share a bit of the process behind creating E-mergency! Before we get to his Creative Spaces responses and photos, I thought I’d share that here:

Be sure to read all the way to the end of Tom’s interview to see some outtakes from E-mergency! that didn’t make it in the final version.

If you’d like to learn more about Tom Lichtenheld, visit his website and blog. Now let’s take a peek at where he creates his work. . .

It’s a large-ish room over our garage, custom-built as a studio, with lots of windows and a high ceiling. Much nicer than the freezing cold basement where I worked when we first moved into the house. I’d be happy to work here 12 hours a day. Oh, wait, I already do that.

Ideas start popping (Freudian slip; I initially wrote “pooping.”) into my head when I’m half-asleep at 5 am, so I work on them while still half-asleep, then get up and, if they’re any good, run up to the studio to do some rough sketching or writing. I have breakfast, exercise, then go to work. I try to take care of the administrative stuff first, because once I get into drawing or writing it’s all-consuming. I’ll break for lunch, either at home or a nice walk to the little downtown a few blocks away. Then back to the drawing board for the afternoon and evening.

I use line art printed on watercolor or colored paper, then apply color with a variety of mediums. I’ve used a variety of techniques for my books, from colored pencils to watercolor to crayons. I switch techniques partly out of curiosity but mostly because I like to use a technique that’s appropriate for each book.

Currently, I’m using a new medium called Pan Pastels. They’re cakes of fine powder, applied with a small sponge. I like the medium because it’s more like drawing than painting, which suits my talents. I can use masks and friskets, and I can work reductively (a fancy word for “erasing.”). I also like that the final product looks a bit like a lithograph.

I do use the computer in my process, but only to scan my pencil drawings, then turn them into line art in photoshop. I print the photoshop art onto the final paper with a large format laser or inkjet printer.

I’ve dabbled in creating art digitally, but here’s what I’ve discovered; the process is not nearly as joyful as putting marks on paper. I’ve spent four hours working on a computer illustration, been marginally pleased with the result, but then realized the process was more labor than love. So I will probably always defer to more traditional mediums. 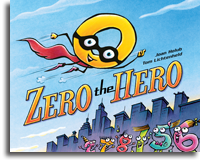 Practically speaking, 1. Mac 2. Large format printers 3. Cool new taboret from Ikea, full of magical art supplies. Emotionally, 1) my wife, when she comes up to organize my appearances, do my accounting, and critique my work. 2.) Scooter, our cat. 3) A photo of my parents.

During the day, I stream a public radio rock station from Minneapolis called The Current. I like 60% of what they play, tolerate 30% of it, and detest the rest, but it keeps me, you know, current.

No, I don’t live in Minneapolis, but I used to. For anyone who’s paying attention and knows the city, you’ll notice that any skyline in my books is Minneapolis. Love that Foshay tower.

Water, mostly, but every other day I get a diet coke, which is poison but I love it, especially from the fountain at the nearby 7-11. A guy needs a vice. 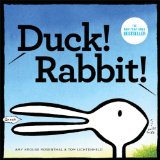 It’s a struggle, what with emails, marketing, correspondence and social networking, but I remind myself that the book I’m working on is my employer, and my employer doesn’t take to slackers.

Longhand when working on rough concepts, then on the computer when I’m getting seriously into a manuscript. I prefer to write on the laptop, in a corner or out of the studio. Trains are good, coffee shops work, too. When I’m working with Amy Krouse Rosenthal, we meet at a hipster coffee shop where we resemble everyone else hunkered over their journals and laptops.

Initially I just roll with it and try not to over-think anything, just letting it happen. Then I go back to see if anything makes sense. Sometimes I’ll use a tried-and-true structure as a crutch. For instance, I used Joseph Campbell’s Heroic Journey as a template for Bridget’s Beret. And I’ll try some other devices, like a two-part ending, or a circular ending.

For me, book ideas rarely come to me fully-formed, but they often come from a single doodle with a general idea behind it. I put all these doodles up on a wall, then work on them until something rises to the top.

Drawing and painting. Oh, wait, that’s the entire process! Seriously, I know so many illustrators who are so much better than me that it’s hard to accept anything I put on paper. I am not a very good draftsman, meaning I’m not good at drawing a thing so it looks like that thing. I once had to have Eric Rohmann show me how to draw a dog’s butt. Honest. And painting terrifies me. In fact, I’m avoiding it right now. On the upside, I do recognize that my initial sketches are often my best work, so the challenge is to not wreck the sketch as it evolves into an illustration. My writing partner, Amy Krouse Rosenthal, recently responded to a sketch I sent her by saying something like “If you overwork this sketch I will kill you.” Motivating stuff.

Anyone who’s doing creative work. When it gets lonely up here I consider renting out space in an architect’s office, just to be around other people who are making things.

What is the best piece of writing/illustrating advice you’ve heard or received?