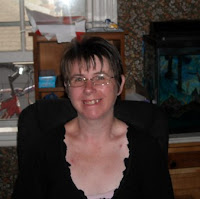 Joining us today for Creative Spaces is author Jo Ramsey. She is the author of the Reality Shift series and the Dark Lines series published with Jupiter Gardens Press. And this month she had two (yes, two!) YA novels published.

The first is Cluing In, published with Featherweight Press. Cluing In is about Jamey who breaks up with his girlfriend after their endless arguing only to learn that she’s jumped into a relationship with another guy. Rumors fly about his ex-girlfriend and when she comes to Jamey for help, he refuses to listen, a decision he later regrets when his ex-girlfriend takes drastic action.

The second book now available is From the Ashes, the fifth installment in the Reality Shift series. In From the Ashes, Shanna is juggling both a potential new love interest who is taking her to the Harvest Dance at school and trying to prevent a dangerous entity from another reality from finding a portal into our universe.

There is also much to look forward to from Jo in 2012. She has–make sure your head isn’t close to a counter surface when you read this because your jaw is going to drop–FIVE young adult novels scheduled for publication. (I’m pretty sure in the time it took me to put together this interview post, Jo drafted a new novel.) As a slow writer myself, you can bet I studied her responses for the secret to her productiveness. I’ve concluded it’s a combination of experience, discipline, and organized dedication. She’s an inspiring example of what can be possible if you set your mind to it.

In a word: cluttered. I share a computer room with my husband and my 13-year-old daughter. (My 16-year-old has a laptop and prefers to use it in the living room.) The room is supposed to be a child’s bedroom, so it’s pretty small, especially when all three of us are in it. My husband and my daughter each have their own desktop computer and desk, and then I have all the things you see in the photos.

My desk is an old drafting desk from the 1940s that I bought at a flea market ten or twelve years ago. I love the thing too much to get a bigger desk, even though I could really use one.

On the wall above my desk, I have . . .  everything. LOL. I have calendar pages for the current month and next month so I can keep track of appointments, blog appearances, and so forth. On a bulletin board on that wall, I keep track of my daily writing/promotion schedule, along with projects that are past first draft stage. I have notes on the wall, some that are reminders of things I need to do and some that are motivational. Above all that is my cover gallery; I print out a 5×8 copy of each of my book covers and just tape them to the wall. That isn’t visible in the picture because there are some non-YA covers up there.

Next to the desk, I have a small set of shelves where I keep the binders that organize my several series (at last count, I’m dealing with four YA series and two, possibly three, romance series), printer paper, envelopes, etc. That’s right beside the window next to my desk. The window looks out over our back porch and down the side street we’re on the corner of.

In front of the window is my filing cabinet, where I keep family paperwork and my publishing contracts. It’s one of my cat’s favorite perches, because sunlight comes in the window most of the morning. Beside the filing cabinet is a large bookcase where I keep my “swag” (the postcards, bookmarks, etc. that I give away) and my author copies of my books.

On the other side of my desk from the shelves is a closet door that I’ve pretty much turned into a second bulletin board, and that’s where I keep track of what projects I’m working on, which ones I need to work on next, and what’s been accepted and released.

There’s no such thing in my world, really . . . If it’s a weekday, I get up at 5:30, shower, fix a cup of tea, and then sit down at the computer to check emails and maybe do a little writing amidst getting my daughters up and off to school. On Mondays, Wednesdays, and Fridays, after I drop off my 13-year-old at school, I go to work at my day job until about 1; on Tuesdays and Thursdays, after I drop her off I come home and get to work on some writing.

Most days, I try to write at least 1500 words on each of the projects I’m working on. Because I also write adult romance under a top-secret pen name, I’m almost always working on at least two projects. If I have edits from a publisher, or I’m working on something that’s under deadline, those take priority. I also visit social networking sites, do blog posts and interviews (like this one), and if there’s time I write a short story or article.

I think my most favorite is my cover gallery. Some of the cover art is absolutely stunning, in my opinion, and I love looking up there and realizing that I actually wrote all of those books. I’ve wanted to be a published author since I was about five, and having those covers there is visual confirmation that it’s really happening now. Another favorite is one of the motivational quotes I have taped above my desk. It’s something a friend said to me a couple years ago when I was very ill and facing major surgery. And the third thing is my desk, as I mentioned above. I’ve had it for such a long time, and it’s been through a lot with me. And it was sold to me at the flea market by a good friend of mine who has since passed away, so it makes me think of him and how kind and supportive he was. 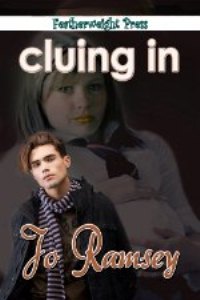 I started to say I don’t have any rituals, but I guess I do.

I have a small markerboard on my desk, and each morning I list the things I hope to accomplish that day, both writing-wise and family-life-wise. When I finish the first draft of a story, I make a small tag with the title on it and tack that to the bulletin board above my desk, where it begins to move through my process; the board is broken into categories. Pre-Submission Edits; Waiting for Response (for things that I’ve submitted); Awaiting Publisher Edits; and Requested Publisher Edits. I also have a section for revise/resubmit requests (when a book isn’t quite up to snuff, but the publisher’s willing to give it a second chance if I fix some things) and for books that are ready to submit but I haven’t yet decided where to send them.

When a book is accepted, I make a colored tag for it and put that on the closet door. When that book is released, I add the release date to the tag.

I don’t usually listen to anything. Music or other noise distracts me very easily most of the time. However, sometimes if it’s too quiet I can’t settle down to work, so I’ll listen to my playlist on Playlist.com, which has such a variety of things I can’t even begin to list all the songs or types of music.

In the mornings, I have tea and hot chocolate. Most of the rest of the day, I drink flavored “fizzy water” and pretend it’s soda. 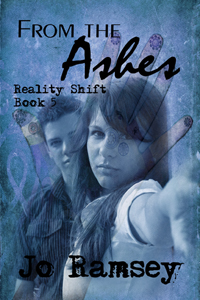 Some days, nothing does . . . Mostly it’s sheer determination. I have attention issues, and if I don’t clamp down on myself, my mind wanders everywhere except where it’s supposed to go. Other days, I need music to help me, because the silence starts to bother me.

I write on a computer. It makes revising and editing much, much easier for me. Plus I’ve been doing it this way so long that I now type about twice as fast as I can write longhand, which lets the ideas flow more easily.

When I get an idea, I usually make a few notes about it. Sort of a freeform brainstorm where I just write down the main characters and the major plot points that I think will be in the story. Then I start writing and see where the story ends up.

Just write. Don’t get hung up on the first draft to the point that you don’t even finish it; just write it and know that if it comes out a mess, you can fix it afterward. You can’t revise or edit what isn’t on the page.