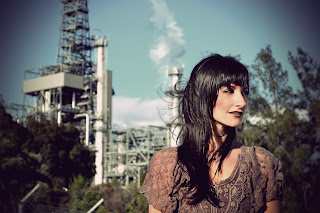 Corina Vacco is a young adult author who lives in Berkeley, California. This week marks the publication of her debut novel, My Chemical Mountain. Her novel won the Delacorte Prize for a first young adult novel and is an official YA selection at the Wordstock Literary Festival in Portland, Oregon.
The story behind My Chemical Mountain is an interesting one. While living in western New York, Corina came across a real-life toxic town situated near one of the most dangerous landfills in the world. It contained chemical waste from Love Canal and other environmental disasters, along with radioactive waste leftover from the Manhattan Project. It was known that these contaminants had leached into nearby groundwater and soil. People who lived nearby had received letters ordering them to stop eating vegetables from their gardens. 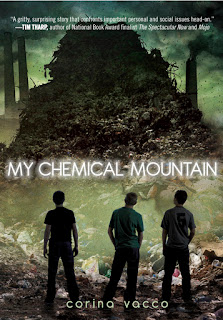 She attended a town meeting where people confronted the government, demanding that the landfill be cleaned up. She met a teacher who worked at an elementary school adjacent to one of the landfills. She interviewed people who, not realizing the danger, grew up swimming in creek water that changed colors from dyes dumped by a nearby factory. Sadly, government officials declared the area “safe” and no remediation was done.
Shortly thereafter, Corina’s main character’s voice appeared in her mind while she was walking her dog through the city. She’d heard about this happening to other writers, so she knew just what to do—ask him questions: What is it like living near a landfill? Are you angry about what happened to your father? Why do you swim in the creek when you know it’s contaminated?
Here is the description of My Chemical Mountain from the publisher:

“Rocked by his father’s recent death and his mother’s sudden compulsion to overeat, Jason lashes out by breaking into the abandoned mills and factories that plague his run-down town. Always by his side are his  two best friends, Charlie, a fearless thrill  junkie, and Cornpup, a geek inventor whose back is covered with cysts. The boys rage against the noxious pollution that suffocates their town and despise those responsible for it; at the same time, they  embrace the danger of their industrial wasteland and boast about living on the edge.         Then one night the boys vandalize one of the mills. Jason makes a costly mistake—and unwittingly becomes a catalyst for change. In a town like his, change should be a good thing. There’s one problem: change is what Jason fears most of all.”

If you are in the San Francisco area, Corina would love for you to join her at her book launch party tomorrow night (June 11) at 7pm at Books Inc. Opera Plaza. To learn more about Corina Vacco, visit her website. 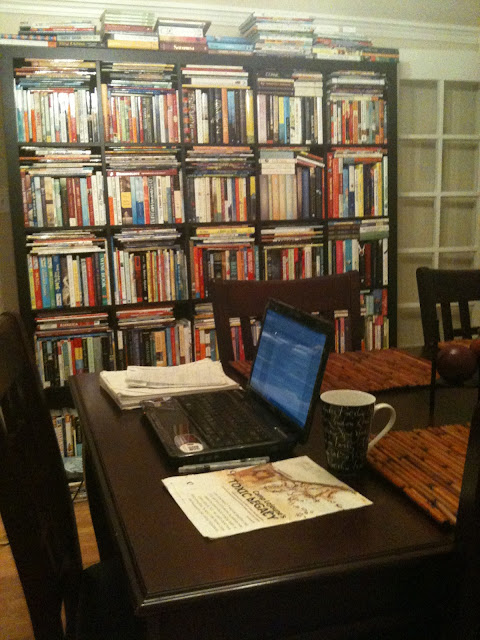